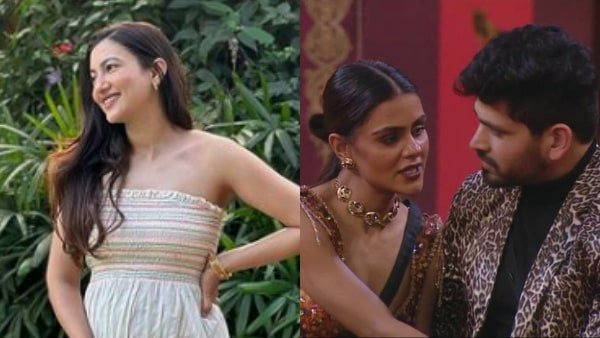 As the Bigg Boss 16 finale approaches, fans are eager to learn which contestant will win the trophy this year. There are several surveys, comments, and predictions on social media regarding who will make it to the finals and win this season.

In the midst of the frenzy, actress and Bigg Boss 7 winner Gauahar Khan, who is an avid fan of the Salman Khan programme, divulged the identities of the five candidates she believes would place in the top position. Priyanka Chahar Choudhary, Shiv Thakare, Sumbul Touqeer Khan, MC Stan, and Archana Gautam are likely finalists, according to Gauahar Khan.

It is remarkable that the majority of TV personalities and past Big Brother participants share the same names, like Rubina Dilaik, Tejasswi Prakash, and Nikki Tamboli. Many believe that Priyanka is the most formidable contestant on Bigg Boss 16 and that she will emerge victorious, followed by Shiv Thakare.

Are Priyanka and Shiv this season’s top two competitors?

Since the first day of Salman Khan-hosted events, Priyanka has won the hearts of viewers with her dedication and powerful personality. Many people believe that she has a clear vision and will not allow anything to prevent her from attaining her objectives. Shiv Thakare, on the other hand, is also among the top contenders of Big Brother 16 and is adored by millions for his doggedness in the game. Since the first day of the Salman Khan-hosted competition, he has been among the front-runners. Fans adore how he consistently demonstrates his uniqueness and stands up for what he believes in.

READ: Salman Khan, not Farah Khan or Karan Johar, will host the Bigg Boss 16 Grand Finale, according to reports