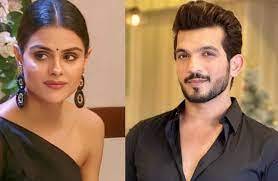 One of the most popular contestants in Bigg Boss 16 is Priyanka Chahar Choudhary, who played the lead in the movie Udaariyaan. Recent news stories said that the actress got a pay raise, which made TV actor Arjun Bijlani sit up and take notice. Arjun made a joke about how he didn’t know actors could raise their fees inside the middle of a show and almost get paid twice as much as they started with. He wanted people to listen.

Priyanka Chahar Choudhary, who is doing well in the game, reportedly charged Rs 5 lakhs a week ago, but now she wants Rs 10 lakhs. She seems to be competing directly with Sumbul Touqeer Khan, who makes Rs 12 lakhs per week.

Sumbul responded to her by saying, “If one person becomes a badtameez, the other must follow suit. I didn’t invite you to fight with me.”

Bigg Boss 16: Should Nimrit Kaur Ahluwalia and Shiv Thakare split to save their relationship?