Deepika Padukone brandishes a Gatling gun in a jaw-dropping sequence in Pathaan, and Siddharth Anand describes her as a "bonafide action superstar" 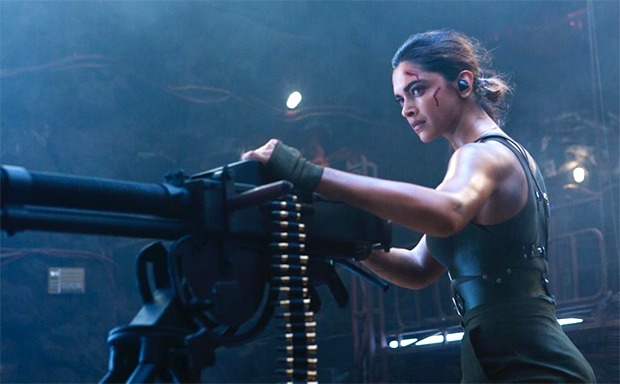 In Pathaan, Deepika Padukone plays a spy, and Shah Rukh Khan, who also plays a spy with a license to kill, is paired with her. Deepika looks absolutely stunning in the music of Pathaan, but she also looks very sassy as a spy with a gun. Director Siddharth Anand says that she did a jaw-dropping action scene by herself in the movie where she used the famous Gatling gun.

Siddharth says, “There’s nothing cooler or sexier than seeing a woman on screen wielding a powerful weapon. As a movie fan, I’ve always loved seeing women do cool action scenes. When we cast Deepika Padukone in Pathaan, we wanted to see her at her most badass: as a beautiful, gun-toting femme fatale spy that no one had ever seen before.

He adds, “Deepika uses the Gatling gun in one of the action scenes in Pathaan, and you must see the scene to believe that she is a real action star! She steals the show in this scene, and I’m sure that when she acts in Pathaan, individuals will scream the loudest for her.

Tina Datta breaks down on Bigg Boss 16 after Salman Khan calls her out for spilling Shalin Bhanot’s secrets, “Sir, I’m tired and want to go home”