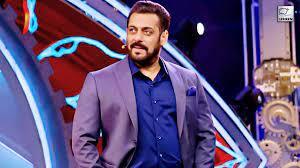 After rumors that Salman Khan would leave Bigg Boss 16, it has been reported that he will only host this same grand finale of this season. Some news stories said that Salman has decided to not host the show after his contract is up. But the Bollywood star and Colors TV didn’t say anything about the rumors, which shocked their fans. Since the first report that he might not renew his contract, there have been numerous news stories about his departure and who will play the rest of the season. The rest of the season was supposed to be hosted by Farah Khan and Karan Johar, but a new report says that Salman Khan would be back to host his show.

So, what was the first thing that started the rumors? Salman Khan’s deal with the people who make Bigg Boss 16 only lasted until the middle of January. If everything had gone as planned, this season of the show would have ended in the middle of January. Due to how popular the show is, the creators have decided to make it last longer. The show’s creator said that Bigg Boss 16 will go on for another four weeks. Colors TV has extended the reality show because people asked them to. The grand finale has been moved to February 12 of this year.

When Salman Khan heard that the show was being extended, he wasn’t surprised because it had been extended before. This year, however, the actor also had to work on other projects. He had plans after the middle of January, so he didn’t want to be the host.