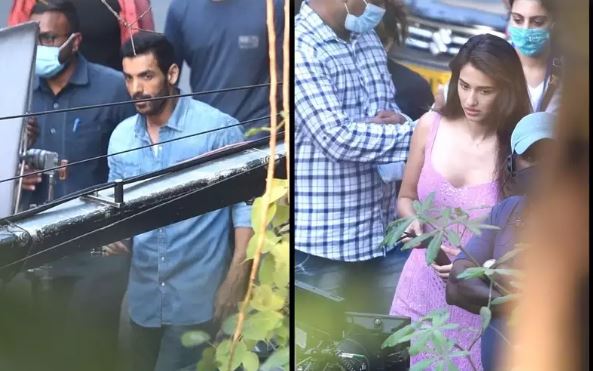 John Abraham and Disha Patani will be seen sharing the screen without precedent for Mohit Suri’s next ‘Ek Villain Returns’. The team has begun firing for the film as they were seen in the city today.

We got our hands on the photos of John and Disha from the sets and they are basically unmissable. In the photos, John can be seen wearing a blue shirt with denim pants and preparing for his job. While Disha glances totally lovely in a pink shimmery dress. In one of the photos, the couple can be seen following Mohit Suri. See:

Recently, the group shared pictures via web-based media and reported that they have begun firing for the film. John took to his Instagram handle and shared the photos. They were seen pausing dramatically outside Mumbai’s renowned theater, Joy Universe. Imparting the photos to fans, John stated, “And it begins…😈 #EkVillainReturns” .